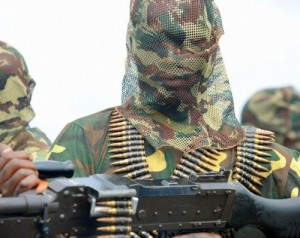 The Nigerian Army has described as baseless claims by some online media websites that it lost over 40 soldiers, while 65 others were missing in a surprise ambush by Boko Haram insurgents at Kafiya Forest of Borno State.

In a statement issued yesterday, the army said during the incident, over 150 members of the sect were killed while 15 soldiers and one officer died in action, with nine others missing.

The Director of Army Public Relations (DAPR), Brig-Gen. Ibrahim Attahiru, also disclosed that a key commander of the insurgents, one Abba Goroma was also killed.
Attahiru described Goroma as a high value target, on whose head had been placed a N10-million bounty.

“A chief insurgent commander, Abba Goroma, was killed. If you recall, he had a N10-million bounty placed on his head. He is a high value target of the terrorist organisation,” he said.

Attahiru stated that the online reports on high casualty figures recorded by soldiers are grossly exaggerated and should be discountenanced.

“I advise you to discountenance that report. I want to tell you that that report is not true. Yes, there was an encounter between us and members of Boko Haram insurgents but the casualties you read must be discountenanced,” he said.

The army spokesman, however, did admit that there was fierce fight between the troops of 81 Battalion from the new 7 Division of the Nigerian Army and members of Boko Haram on September 12, but insisted it was the insurgents that sustained the high casualties.

He said despite the spirited resistance by the terrorist group, the troops of the Nigerian Army were able to dislodge them from their Kafiya Forest camp bases, which he added was one of their remaining safe havens.

“The battle was very fierce and it lasted for several hours. The enemy camp was well fortified with anti-aircraft and anti-tank weapons mounted on vehicles.

“At the end of the fire-fight, over 150 insurgents were killed and the enemy or insurgent camps cleared. We lost an officer and 15 soldiers killed in action, while nine soldiers are missing,” he said.