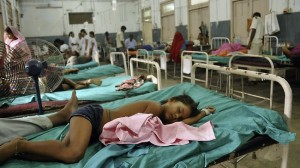 At least 31 infants have died at a state-run hospital in eastern India over the past four days, according to news reports.

The latest casualties take the the number of deaths at the BC Roy Post-Graduate Institute of Paediatric Sciences in West Bengal over the past month to more than 250, NDTV news channel reported on Saturday.

Doctors at the hospital say most of the children who died were referred to their institute in critical state.
Tridib Banerjee, chairman of West Bengal government’s task force on health, has also rejected the allegations of negligence.

“Sometimes patients cannot be saved as they come in critical condition. There is not a single case of negligence,” Banerjee was quoted as saying on Saturday.

In October 2012, a total of 18 infants died in the same hospital in the space of 48 hours.
The government at the time conducted a probe which absolved the hospital of negligence and suggested new facilities be added.