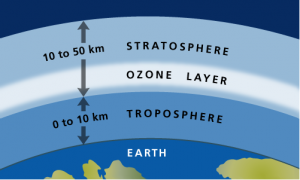 The Federal Ministry of Environment says it will phase out the use of trichloroethane substance by 2015 as part of efforts to protect the ozone layer.

The Deputy Director, Pollution and Environmental Health, in the ministry, Mr Kashimu Bayero, told the News Agency of Nigeria (NAN) in Abuja on Wednesday that methyl bromide would also be phased out by the same period.

Trichloroethane (TCA) is a solvent used in the cleaning industry and also used as a processing agent while Methyl bromide is a substance used for fumigation and preservation in the agriculture industry.

Bayero said that the ministry had set the target for banning the use of the substances in line with the deadline set by the Montreal Protocol to phase out ozone-depleting substances in developing countries.

The Montreal Protocol is an international treaty designed to protect the ozone layer by phasing out the production of numerous substances believed to be responsible for ozone depletion.

“There are other substances which the deadline for complete phase-out is 2015; we have some solvents, we have what is called TCA (Trichloroethane); it is a solvent used in the processing industry.

“Methyl bromide is also a chemical that is used as a fumigant; it is preservation chemical for agricultural products, it helps to control pests against vegetables, fruits and so on.

“ It is very potent, with a very high ozone-depleting potential; its ability to destroy the ozone layer is very high; our consumption of methyl bromide is very minimal, almost close to zero.

“We really don’t have any problem with methyl bromide but there are countries where it is a big issue, because they use so much of it to preserve their grains; they use it to preserve agricultural products in shipment.’’

Bayero, a National Ozone Officer in the ministry, also said that a lot had been achieved under the Ozone-Depleting Substances (ODS) Programme nationwide.

He said the ministry’s ODS phase-out activities included the installation of Ozone-friendly equipment or retrofitting old ODS-based equipment to ozone-friendly ones in the affected sectors.

According to him, this is to ensure that ODS are no longer used by refrigeration, manufacturing and servicing industries.

Bayero said Nigeria met the deadline set for phasing out Chlorofluorocarbons in 2010.

Chlorofluorocarbons (CFCs) are used as refrigerants and cooling agents in air conditioners and in the manufacturing of foams.

“Nigeria no longer imports CFCs for such uses, just as we have the responsibility to phase out the use of these substances, the developed countries that manufacture these products also have their own measures within the protocol.

“There is what is called `common but differentiated responsibilities’. So, part of their responsibilities is to look for alternatives, bring up new technologies that are ozone-friendly.

“ That is why it is easy to phase out CFCs and there are alternatives; there’s what is called HCFCs (Hydro-chloroflurocarbons) like the refrigerant 22, these are trade names, that is one example in the air conditioning and refrigeration sector.

“In the foam sector, we have the Methyl chloride, which is being used in place of CFC 11.

Bayero, however, said that the ministry monitored the phasing out projects in various industries from time to time, to ensure their sustainability.

The official said that the phasing out activities had been supported by the Multilateral Fund (MLF) for the implementation of the Montreal Protocol.

He said that the fund was designed to meet the special needs of developing countries.

According to him, Nigeria’s activities are being supported by the fund through implementing agencies such as UNDP, UNIDO, GTZ proklima of Germany and the World Bank. [NAN]