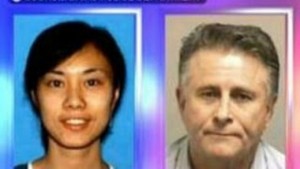 Police arrested the couple two months ago after they were allegedly caught flashing kids and videotaping it, but federal investigators say it went far beyond that.

According to investigators, after their arrest in Davis, authorities would uncover that Nicholas Bowen, 62, and Wenyi Xu, 30, previously spent time swapping child pornography over the Internet and by phone. They allegedly exchanged pictures of young boys to help satisfy Bowen’s sexual appetite.

In addition, Xu is charged with manufacturing child pornography of her own toddler. According to the complaint, photos and videos of the baby were found on the suspects’ phones.

The pair were originally arrested when Bowen allegedly went around a community park filming Xu opening her jacket and flashing her naked body to younger boys.