Davido’s sister arrived to her wedding reception in style, by a private jet. 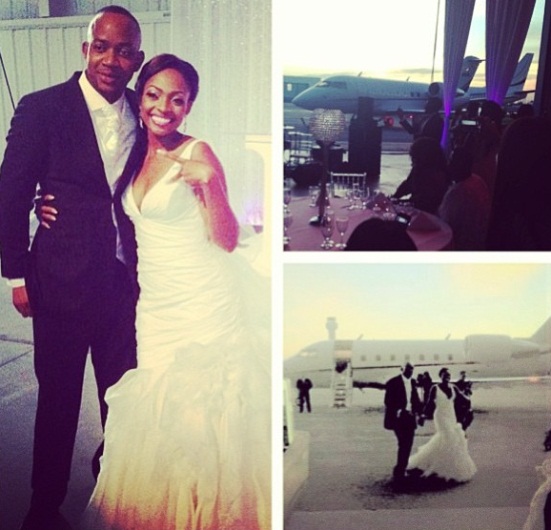 On Sunday, September 1, 2013, the elder sister of Nigerian pop star, David ‘Davido’ Adeleke, Sharon Adeleke had her white wedding in the city of Miami in the United States of America (USA). The ceremony witnessed the influx of the high and mighty in the entertainment industry in Nigeria at the event as well as business mogul, Aliko Dangote.

The Kokomaster, D’Banj was also in hand to add glamour to Sharon’s wedding. Also present were May D, B-Red, Shina Rambo and few others.

The new couple had their traditional marriage in Lagos on August 15, 2013. It would be recalled that Don Jazzy, Tiwa Savage and some other celebs were present at the traditional wedding.