The pastor of a church in Yaba, Lagos State, Samuel Awolusi, has been tagged by the police as the main suspect for the sudden disappearance of a mentally challenged patient, Sunday Ayeni, who was taken to his church for prayers. 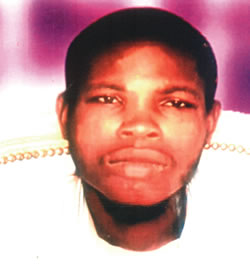 Awolusi was detained for 10 days before being released on bail on the condition he would produce the missing 32-year-old.

Awolusi, who heads Eternal Rock of Ages Church, Iwaya, was said to have brought Sunday to Lagos from Ile-Ife, Osun State, on January 14, 2013, promising to help cure his mental problem through special prayers.

Barely a week after, however, Sunday was said to have disappeared and had not been found.

The father of the missing man, Mr. Dele Ayeni, told PUNCH Metro that the pastor knew his son’s whereabouts.

He said, “My son has been sick since 1999. He is my first child and was in the School of Science, Ile-Ife, before his illness. My findings showed that some evil people who saw his bright future plagued him with the sickness.

“After spending over N2m moving him from different prayer houses and psychiatric hospitals, I decided to keep him in the house.

“Pastor Awolusi told us he could help us and we decided to release the boy to him on January 14, 2013.

“Just about a week after, he said my son was missing and we have been wondering where he kept our son.”

The health worker retiree, who spoke with our correspondent on the telephone from his home in Ile-Ife, Osun State, alleged that his son was neither fed nor chained down, but was left in the care of a pregnant woman on the day he was declared missing.

Sunday’s mother, Mrs. Elizabeth Ayeni, insisted that the pastor could not claim innocence.

Elizabeth, a teacher, who said she was in a church on a three-day fasting programme for her child said, “Awolusi left my son at the church without proper monitoring. Sunday was still very ill and there had not been any sign of improvement as he claimed. He must produce our child.”

Our correspondent learnt that after Sunday’s parents visited Lagos many times to join in the search for their son without success, they involved the police, that arrested the pastor.

Awolusi told our correspondent that he had been under pressure to produce Sunday since he was released on bail in June.

He said he had offered to help the Ayenis, and had not demanded any money, because Sunday was his nephew.

He said, “I was merely trying to help them. For the days the boy was with me, I had not only given him spiritual help, I had also taken him to the Psychiatric Hospital, Yaba.

“But before that day, I went to work and left Sunday in the care of a neighbour.

“It was the woman who informed me that the boy said he was going out to buy something, and had not returned home since then.”

Awolusi said he had reported the matter at the Sabo and Alakara police stations in Lagos before the victim’s parents decided to bring policemen from Osun State to arrest him.

“I was released because after the police investigated and searched my house, they saw I have done nothing with him. But the parents kept saying I used their son for ritual, which is not true,” he said.

She added, “After the pastor was arrested by policemen from Osun State Command, we left the matter to them (Osun).”