Home News Feed PHOTOS: Is This The 29-Year-Old Muslim Woman Behind The Attack On Kenya...
Facebook
Twitter
WhatsApp

Speculation is growing that terrorism suspect Samantha Lewthwaite from Northern Ireland, dubbed the White Widow, had been killed as Kenyan military forces attempted to end the three-day siege at a Nairobi shopping mall. 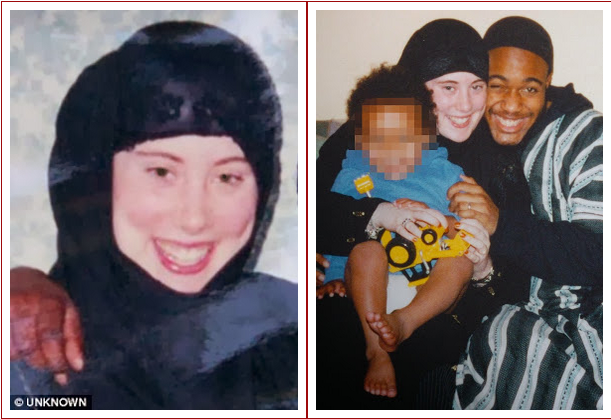 Americans and a British woman were among the terrorists who attacked the mall, killing more than 60 people, Kenya’s foreign minister said today.

Amina Mohamed said the attackers included “two or three Americans” and “one Brit”. She told the PBS NewsHour programme that the Americans were 18 to 19 years old, of Somali or Arab origin and lived “in Minnesota and one other place” in the US.

The woman is believed to be Lewthwaite, from Banbridge, who is already wanted in Kenya on terror charges.

A Muslim convert, she had been dubbed the “white widow” because of her marriage to Jermaine Lindsay, who blew up an underground train at King’s Cross in London in 2005, killing 26 people.

She has been on the run in east Africa for two years after allegedly plotting to attack Western targets in Kenya.

Her father was a British soldier posted in the North during the Troubles, who married a local woman.

Lewthwaite converted to Islam in her teenage years and later married Lindsay, one of the 7/7 London bombers.

She then married another jihadist while on the run in Africa where she became a leader of the al-Shabaab terror grouping.

Lewthwaite later arranged the assassination of a terror rival in an attack that also claimed the life of her second husband, Habib Ghani. She did not even acknowledge the fact he had been murdered.

Family friends in Banbridge yesterday said the publicity surrounding Lewthwaite in recent years had deeply affected her grandmother who lives near the town centre.

Elizabeth Allen is said to be devastated by the revelations regarding her grand-daughter. It is understood the stress on Ms Allen, who is in her late 80s, is such she was hospitalised recently.

The frail pensioner previously told how she was issued with a panic alarm with which she was to contact police if Lewthwaite ever made contact with her.

Kenyan security forces battled al Qaida-linked terrorists in the upmarket mall for a third day in what they said was a final push to rescue the last few hostages in a siege that has left at least 62 people dead.