According to reports, a Catholic priest has been arrested for molesting a 15-year-old boy. 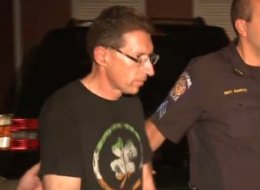 Police revealed that 56-year-old Father W. Jeffrey Paulish was caught in the act as they found the boy (who was not wearing pants) in a car on a University campus.

When he was caught, the priest initially said he was orking on his homily on campus when he met the boy, who he said was in emotional distress and needed counseling. Police say he later admitted that he met the teen through the “casual encounters” section of Craigslist.

Paulish also said he asked the boy several times if he was above the age of 18.