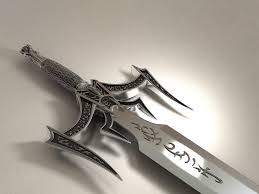 Two teenage boys have been arrested in a bizarre sword attack on one teen’s mother that reportedly included a discussion of killing the woman and eating her liver, a Spokane County sheriff’s spokesman said Wednesday.

Spokane Valley deputies responding to an assault call early Tuesday found the bloody woman on her bed; next to her were two knives and a sword with a bent handle. The woman was hospitalized Wednesday in stable condition, Deputy Craig Chamberlin said. She was not identified.

“It doesn’t sound like she remembered the attack,” Chamberlin said in a phone interview. The woman told deputies the sword handle wasn’t previously bent. It wasn’t clear who called for help.

With no signs of forced entry into the apartment, deputies went looking for the victim’s 13-year-old son and a 14-year-old friend.

The other boy’s father thought his son had stayed with the 13-year-old, Chamberlin said. Then the man noticed his Dodge Durango SUV and its keys were missing.

Deputies tracked the teens through a crime spree that included breaking into a home and crashing the SUV into the side of a mobile home. A K-9 finally located them.

The injured woman’s 13-year-old son told deputies that his 14-year-old friend tried to kill the mother with a sword, Chamberlin said. The younger boy said he talked his friend into trying to kill his mother because he had taken “blue pills.” The spokesman said it was unclear what the blue pills were.

The boy said he would never have done anything like that sober, Chamberlin said.

The son also told deputies his friend tried to talk him into eating his mother’s liver, the sheriff’s spokesman said.

“Your guess is as good as mine” as to where that idea came from, Chamberlin said.

The older boy admitted attempting to kill his friend’s mother and said they were going to leave town later, the spokesman said. The older boy then asked for a lawyer.

There was no indication why the attack on the mother ended when it did.

Both boys were booked into juvenile detention for investigation of second-degree assault, taking a motor vehicle without permission, burglary, malicious mischief and hit and run.

Public defenders have been pointed for both teens, who were ordered held without bail at an initial court appearance Tuesday, Chamberlin said.