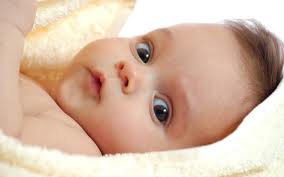 Women who want a family should start thinking about having children in their twenties and begin no later than 35, a group of leading fertility experts has warned.

Most women’s fertility begins to decline sharply in their mid-thirties but a growing number are waiting until a later stage in order to focus on a career or save money, experts from Newcastle University said, UK.

Women should not assume that advances in fertility treatments will allow them to delay having children until after their biological “clock strikes 12”, said Prof Mary Herbert, a specialist in reproductive biology.

Speaking before a public discussion on fertility at the British Science Festival in Newcastle, she said: “What we can say for sure is that reproductive technologies do not do much to buy time.

“Perhaps the most important message to give is that the best cure of all is to have your babies before this clock strikes 12.

I would be getting worried about my daughter if she hadn’t had a child by 35.”

Research shows that better-educated women are more likely to delay having a child, with climbing the career ladder and the cost of childcare two of the leading factors affecting their decision.

But as women age, their chances of conceiving decline and the risk of stillbirths and conditions such as low birth weight, preterm birth and Down’s syndrome increase steadily.

The decline in fertility is generally slow in the twenties and early thirties, but increases much faster thereafter, with most women stopping childbearing in their early forties.

Judith Rankin, a professor of maternal and perinatal epidemiology at Newcastle, said women who wanted families ought to at least begin thinking about having children in their twenties.

“I think it’s better to think about it in your twenties, and have that thought process informed by all possibilities,” she said.

“From a public health perspective, when we look at the whole population, the message has to be that if you’re 35 or over, your likelihood of pregnancy is greatly reduced.”

Although IVF techniques can now allow women to have children later in life, their chances of success using their own eggs, rather than those of a donor, falls at the same rate as their fertility.

Natika Halil, of the Family Planning Association, said: “Conversations about planning a family are important, as is accurate information about contraceptive choice.

“Women are mindful of their fertility and any discussion should be done without scaremongering. Fertility doesn’t disappear after 35 and doesn’t stop overnight.”