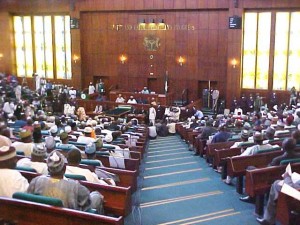 A member representing Bauchi federal constituency in the House of Representatives Hon. Aliyu Ibrahim Gebi, has hit at the nation’s polity, saying little or nothing has been felt in impacting on the living standard of the masses as far as the transformation agenda of the federal government.

Speaking at the weekend during the national alumni annual lecture and reception of the Abubakar Tafawa Balewa University (ATBU), in Yelwa campus of the university in a paper titled: “Hindrances to the Transformation Agenda and the Way Forward”, Gebi who was the guest lecturer, said the Jonathan-led transformation agenda had not addressed the yearnings and aspirations of the Nigerian citizens.

He observed that for any transformation to be effective on the lives of ordinary Nigerians it must have taken into cognisance both the financial and administrative autonomy of the local government areas in the country.

“I challenge anybody to show me any positive change in the transformation agenda of the federal government in the last 14 years,” Gebi said, stressing that the much needed transformation into the psyche of Nigerians was still being awaited come 2015.

“We as stakeholders must stand firm not only to defend but take our rights under the present political dispensation,” he stated, saying the polity was beclouded by poverty, insecurity, national disasters, and disorder in the system.

According to him, there was also the absence of political will and insincerity of purpose on the part of the Peoples Democratic Party (PDP)-led federal government, which he alleged to have failed to treat Nigerians as citizens.

Earlier, the Alumni National President, Malam Mohammed Wada, had enumerated the various achievements of the association, as well as the lawmaker’s contributions to it and the ATBU at large, and appealed to members and the public to put in laudable projects in the university.

He called on Alumni members to emulate their Jos University counterparts that have provided some infrastructural facilities, among other needs, to the institution.