It was black Sunday for parishioners at St Thomas Moore Catholic Church, Sobe, Owan West Local Government Council of Edo State on 25 August when the parish priest, Rev.Father Peter Ayala, was found dead in his room. 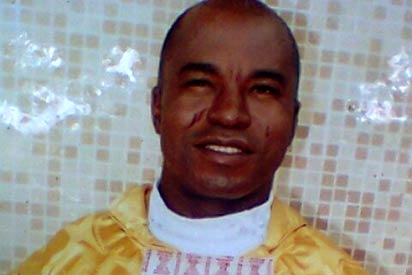 The incident came as a rude shock to them because the parishioners were already seated for the Sunday Mass awaiting the arrival of the 46-year-old priest, before the tragic news came. The cleric was found in a pool of blood of his own blood with a locally made gun and a plier beside him. It was said that the priest may have been cleaning his gun when it fell and exploded, killing him instantly.

Reporters learnt that the Church informed the family that the Rev.Father may have died through his own gun. But some parishioners believed he might have been shot by an unknown person, since he could not have been cleaning his gun when he was already dressed for Sunday Mass. And this was where the family disagreed with the leadership of the Church in Auchi Diocese.

While some persons also feel Father Ayala might have committed suicide, the family believes very strongly that their son may have been murdered. Sunday Vanguard was informed by a close family source that the deceased, from Ososo in Akoko Edo Local Government Council of Edo State, was a gentleman born as a twin but the other one died at birth.

It was learnt that he hadp a difficult upbringing due to the fact that he became an orphan at a very tender age, as a result of which he struggled to survive with the assistance of siblings.

He grew up a dedicated Catholic like other members of his family and was ordained into the priesthood in 1997. Though Sunday Vanguard learnt that the deceased has been transferred to several parishes, he never complained and never showed any sign of frustration in his calling. Apart from his spiritual life, the deceased was academically sound. He obtained a master’s degree from the Catholic Institute of West Africa, Port Harcourt and before his death was a lecturer at the Major seminary in Ekpoma.

His perceived smooth life is why the family is angry that people are insinuating that he might have committed suicide. Following the conflicting reports on the issue, the Catholic Bishop of Auchi Diocese, Bishop Peter Dunia, said the Church, in collaboration with the police, will get to the root of the matter.

While warning members of the public against making comments that may jeopardize the investigation, he asserted that, “authoritatively and officially, the cause of death is yet unknown”, pointing out that though the Church was traumatized by Ayala’s death “but we will wait for the result of the investigation”.

According to him, “although the body of Rev. Fr. Peter Ayala was found lying lifelessly in his pool of blood with a locally manufactured gun and a big spanner on his body and floor, respectively, they were only some of the clues on which experts examinations must be effected to ascertain more authentic proofs of what had led to the death.” He berated the media that concluded that the late priest committed suicide. “Whatever must be stated by anybody hitherto were probabilities in as much as experts examinations could prove otherwise.

For all others who are prone to engage in some innuendos as regard the death of Rev. Fr. Peter Ayala, I wish to caution so that they keep in mind that death is death, whenever, wherever and in whatever way and manner it occurs, it cannot and should constitute an occasion for derision, uncharitable assumptions and calumny against the living, the dead or both”.

The bishop said he knew the late “calm, modest and well behaved Peter Ayala who worked under me as a seminarian when I was the parish priest of St Joseph Catholic Church, Emeora seventeen years ago and as a priest who collaborated with me nonetheless similarly in the Diocese of Auchi until his passage from this sinful world.” The deceased’s family expressed disgust with what they described as the hasty manner the Catholic Church is creating the impression that the deceased might have died through his own gun.

A family source, who did not want his name in print, told Sunday Vanguard: “The Church has not helped matters. Whereas police investigation is still going, they are saying it could be suicide and it was pasted on the website of the Catholic Diocese of Auchi. The story they told the family members does not look straight to us. What we have been told is that they found him dead and the gun was by his side, then there was a spanner beside him, which looks like he was servicing the gun.

The question is that if you shoot a gun, does it not vibrate. If the father was servicing the gun and it actually went off, that gun should not be found by him there. So the whole thing looks fishy. We are asking the question, what killed him? The story they are giving us does not make sense.

And nobody was there, nobody has said he was there when it happened; so we are only creating a scenario, that this is the possibility. But, beyond everything, should the Church pronounce that he was killed by the gun when the police is yet to investigate the case. The family wants to know what or who killed our brother because the explanation we have does not make sense. He was a gentleman.

That is why we believe that something is wrong somewhere. We believe he was killed by some body and God w ill go after the person”. And to buttress what the family said, a close friend of the deceased and a priest too, who did not want his name in print stated that his colleague could not commit suicide.

According to him, “ Peter was a priest I have known long ago. He was about four years our junior in the senior seminary. He was a good natured young man which anybody who knew him could attest to. He was quiet, peace loving and very very calm. He never spoke so much and when he spoke he was soft spoken.

And Peter was somebody who never picked up issues with anybody even when you offended him, he found it difficult to hurt anybody. So it was shocking for anybody to say that Peter killed himself.

Peter that we knew could not commit suicide. He was a young man who believed in the spirituality of the priesthood”. When contacted, Edo State Police Public Relations Officer, DSP Moses Egoavoen, said the command had commenced investigation into the matter. “Investigation has long commenced.

The corpse has been deposited at the mortuary; I can assure you that at the end of the day, justice must be done. Autopsy will be done, but if it is a self-inflicted injury, it will be treated as a natural offence, but if somebody is involved, the person will be dealt with”.