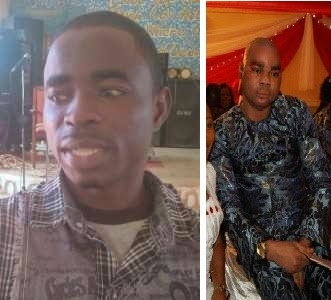 There were claims that the popular gospel singer, Tope Alabi’s spiritual estranged father was a cult member but it does not end there as another shocking revelation has surfaced on the late Prophet Ireti Ajanaku.

One of his close aides who worked for him for five years, Emmanuel Olasemeji who is a furniture maker,  opened up to Encomium Weekly on Wednesday, September 18, 2013, on the late Prophet he knew.

How did you become one of late Prophet Ajanaku’s aides?

The first day I saw him, I was not attracted to him because of his physical look. He bleached. However, when my boss who was one of his church members introduced me to him, he prayed for me. My decision to visit his church was based on curiosity. That was in 2007. Sincerely, there is no way you won’t marvel at his preaching. He preached with persuasive and authoritative words.

I was wowed. And that was when he was about completing his multi-million naira mansion. And most of the church members volunteered to assist the builders. He asked me to work for God in his house and do the furniture. I can’t lie to you, when Prophet Ajanaku spoke, you would think it was God. His church members saw him as god. He often told us that he wines and dines with God and that if he wants anybody to die tomorrow, it would happen. We all respected and feared him. You dare not say no to his request.

He said he had the power to save someone from ultimate death. My decision to open up was not to malign his character but be factual. Even before his death, I confessed this feat openly to him. I can’t doubt his power but not as a Christian.

For instance, someone came to see him. He said some people predicted he was going to die at a certain date. Thus, he was warned not to go out. Prophet Ajanaku closed his eyes for a minute and the next moment said the man should go out that day that nothing would happen to him. And nothing happened to him indeed.

I can say that though he was very powerful but his lifestyle and character were questionable.

How many months did you work in his house?

I stayed inside his house for nine months to complete the whole job. The reason was that most of the job was done at night. He won’t allow you to work on the upper parts of the house during day time until he gave you the nod. And mostly at night. If you complained that it would disturb people staying with him, he would say as the owner, all I needed was his approval.

How would you describe him?

Although he wielded spiritual power but he was not a man of God. The bubble burst some years back when one of his personal aides, Mr. Adefeso traveled with him to South Africa on a missionary assignment. The aide is quite educated. He is an elderly person. That was in November 2010. And there is one thing about prophet, whenever he is angry with anybody, he would tell the church members that God is angry with such person and that anybody that relates with such a person would incur the wrath of God.

Thus, once you incur his wrath, the whole church would stop greeting you.

Before they traveled to South Africa, there was an issue on ground. He was renovating the church. He engaged the services of one of his church members who sold woods and planks to supply the church.

I supervised the project and it was N750,000. He was to pay after the project. After the project, he refused to pay. And the member knew it wrecked his small business. It became an issue and it was his personal aide, Mr. Adefeso who waded in and said prophet would pay. That was when they travelled to South Africa. When they got back, we discovered they had an issue.

The aide claimed he discovered some of his secrets while on the trip but till date refused to disclose them.

However, when prophet came back, he quickly started telling us the man was evil, that we should excommunicate him. I know him well, once he knew you had discovered some of his negative acts, he would blackmail you with lies. That was the same thing he did for Tope Alabi.

What are the things you discovered about him?

First, he is a chronic liar. Do you know that the money he owed he never paid back? The matter was taken to the police at Panti and he denied owing the man. He said he has paid him. I was shocked. They called me as a witness. Though I was scared but I stood for the truth. He spent over N500,000 to settle the case. And at the end we even became the victim. He specialized in turning the tide against people who speak the truth.

He would fabricate lies against such person. And the medium he used most was a soft-sell magazine. Second, I can tell you authoritatively that he sleeps with his female aides who stay in his house. He has agents who recruit ladies in the church who are not employed.

They used their situation to entice them to work and live with the prophet. And some only live with him for like three months before he would fabricate lies against them and send them parking. But none of them could disclose their ordeal because he was a god.

But what about his wife?

His wife, Joy, was staying in the upper room. She only comes down during church services. That’s why most people don’t really know anything about her. She dare not come down unless he gave approval.

We only discovered the truth when one of the ladies who was also the wife’s aide known as Becky confessed to a pastor in Abuja that he was  sleeping with her. She was dating a friend of mine who was also staying in his house.

The house is so big and many of us lived with him. My friend and Becky travelled to Abuja and he introduced her to a pastor in Abuja. That one now said Becky has a secret and unless she revealed it, it would affect their relationship. It took her four days to open up that she has been sleeping with late Ajanaku. She was scared she would die after the confession but with prayer in Abuja, nothing happened to her. Although we were suspicious but she gave us instances which we were aware of and revealed how other girls too were his sex slaves.

Also, most of his members go to the church with their wealth but left poor. He was very rich. He swindled them of their wealth and virtues.

Though we have never seen him with charm before but he often told us he knows about all incantations because he had been into all sorts of occultism before he started his ministry.

He said they are all powerless compared to God’s power. He is a pretender. Once he was about to discard his enemies, he would say negative things about them and since we were not privileged to see or hear from God, we believed him. That’s what he used on those girls too. He bleached and encouraged the girls too to use the cream. I had to leave in 2011. I spent five years with him.

Is it true that he once had a wife?

Yes. It’s no secret that he had a wife and two kids who died before he started the ministry. Aside that, he had a baby out of wedlock, but he rejected the mother.

I don’t know because he was even the one who revealed it to us when the mother came to collect the boy’s allowance of N20,000. Only few aides knew. I was so close to him because I worked for him.

He had four rooms in that house which are exclusively his own. He had a particular room that if he was there for three months you won’t know.