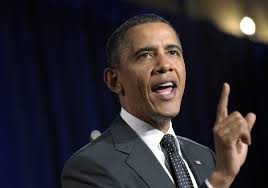 As the expected US strike against Syria seems more certain with each comment from the White House, Syria may now heave a sigh of relief as President Barack Obama has said he would consider a Russian diplomatic offer for Syria to give up its chemical weapons and that military strikes would “absolutely” be put on hold if that were to happen.

Obama’s comments came in interviews late on Monday as the US Senate decided to delay its vote on military action – capping a day of shifting positions from within the administration and on Capitol Hill.

It began with Secretery of State John Kerry saying, in response to a reporter’s question, that there would be no need for military action if Syrian President Bashar al-Assad handed over his chemical weapons – an answer that was then presented by Russian foreign minister, Sergey Lavrov, as a workable plan.

The US administration at first stated that Kerry’s response was only rhetorical, but within hours the president said in interviews with six US networks that a diplomatic solution should be sought.

Obama said on CNN that the Russian plan was “a potentially positive development”, while on NBC he said it could be a “significant breakthrough”.

He told PBS: “I have instructed John Kerry to talk directly to the Russians and run this to ground and if we can exhaust these diplomatic efforts and come up with a formula that gives the international community a verifiable enforceable mechanism to deal with these chemical weapons in Syria then I’m all for it.”
However, he was adamant that the offer would not have surfaced if, he told NBC, “a credible threat of a military strike from the United States” had not been made.

Obama, who meets senators on Tuesday, conceded that he may lose his campaign in Congress for authorisation.

Lavrov said Syria, as well as handing over the weapons and having them destroyed, should also become a full member of the Organisation for the Prohibition of Chemical Weapons.

Iran’s Foreign Ministry on Tuesday said it supported the idea while Ban Ki-moon, the UN secretary-general, said he too welcomed it.

Ban called for the creation of UN-supervised zones in Syria where chemical weapons could be destroyed.

“I am considering urging the Security Council to demand the immediate transfer of Syria’s chemical weapons and chemical precursor stocks to places inside Syria where they can be safely stored and destroyed,” Ban said, adding that the step would overcome the Security Council’s “embarrassing paralysis”.

Kerry’s original comments were earlier welcomed by Walid al-Muallem, the Syrian foreign minister. Muallem’s response, however, has not been confirmed by the Syrian government. [AlJazeera]