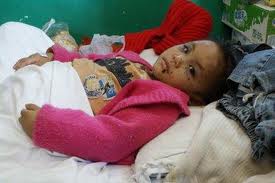 An unnamed female Grade R teacher at Bankfontein Combined School in Middelburg in South Africa has been fired after allegedly forcing a pupil as young as 4, to eat her own faeces, the Mpumalanga education department said on Wednesday.

Reginah Mhaule from the Education Department said the teacher had refused to let the girl go to the toilet to relieve herself, saying she had to be patient and wait for break time but the child was unable to wait and did it inside the class.

The teacher therefore decided to punish the child and asked her to eat her own faeces in front of her classmates.

Mhaule’s spokesperson Jasper Zwane said at the time: “As the Department, we can confirm that we received a report on Thursday alleging that the Grade R pupil was forced to eat her own human waste by her teacher.

“An alleged misconduct charge is being investigated against the teacher. For now we cannot disclose further because we still need to get to the bottom of the matter and come up with a concrete response.

“We also warn teachers to comply with the Education Department’s code of conduct and show love and commitment in dealing with children”.

“This outcome will send a clear message that government cares for children and will, in terms of the law, deal with anyone who abuses children,” he said.