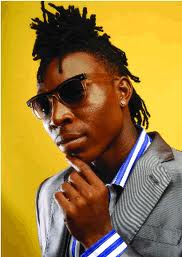 Your album is coming out and the public expectation is way higher than your last album. What do you have to offer your fans?

I know there is a lot of expectation of me career-wise. I know I will live up to the expectation because I just released two songs online and the reviews are great. They are really doing well though we just released them online. The two songs are off the album. We just want everybody to go and get the album when it is out because there is going to be different things from Solidstar. People should expect different things from me because they know me as this R ‘n’B artiste but I changed their perception when I released, Omotena and Skibo. I want my fans to know that apart from this afro-pop, I still do reggae, dancehall and the likes. It is more like a very versatile album. I just want to give everybody a different feel and various options to choose from.

This year has been good for you. It has been reported that you acquired multi-million naira properties this year alone. What did you do differently?

Last year, I performed a lot but most of them were free shows. I was only paid for a few. This year I made a lot of money, did a lot of things for a change. I told my team that we had to sit up. We had spent a lot on projects and we had to think of ways to get the money back. We had a meeting and decided that we all had to put in our best in whatever project we were doing. We thank God it worked out well. Now I am proud of not just my label, but of myself also.

You are still with the label that discovered you, Achivas Music. Will you leave it at anytime like some artistes do leave their record labels?

I doubt if I will leave Achivas Music anytime soon because the management  has been doing well. It is hard to stay on your own because the challenge can be overwhelming. Even if I want to go, I will still be under it; something like an affiliation because it will not be easy. For now, I am still with Achievas.

You are known to be very close to Tuface, why are you not signed to his record label, Hypertek Records?

I was already signed to Achivas Music before Hypertek Records became my friend. I knew Tuface through my record label. We became very close that some people even thought I was signed under Hypertek. Kudos to Tuface, I really appreciate what he has done for me over the years. He is part of my success story. He got me fame and fortune and I am really grateful to him.

How is your grandmother who has always been there to support you and your dream?

My grandmother is late now. To me then, she was my everything; she meant the whole world to me and gave me all her support that my own mother and father did not give me. She sent me to school with the little she had. She was a prophetess and she had a church. She was the kind of woman that liked helping people and had a lot of people under her wings. She really tried for me and she is somebody that I will never forget. My granny would do anything to see me happy and I was her favourite grandchild.

How do you feel, knowing your grandmother is not alive to witness your success?

I think about it most time and anytime I do, I feel very bad. I don’t cry though but I think about it. I just wish she was here to see her son doing good; if she were alive, she would never go hungry for a day. While she was alive, she never ever wanted to see me hungry. By now, I probably would have bought a house for her. I would have taken her to somewhere special.

Is it true that you bought a 2013 Infinity SUV for N13m? Why are you not riding it about?

With the kind of weather we are experiencing now, there are just some places you would not want to take it to.

Is it true you recently bought a property worth about N30m?

Do you have any endorsement deal?

How did you get all that money?

I got them from shows; God has been really merciful to me. He has been so wonderful to me. I did tours and got money from that too.

Why did you switch from love songs to party songs?

I do music for love but at the same time, you have to look at the monetary aspect. We have spent a lot of money. I could remember back then when I sang ‘One in a million’, I sang with all my heart and soul but it did not bring me money. My account was crying. There was nothing coming in, all I got was that I was a talented artiste and I got lots of thumbs up. After much thoughts, I decided to change. I am very versatile; I can actually sing anything. I decided to change and see what would happen. That was when I did Omotena; that was a song that was different from my genre of music and it worked. I decided that the next one was going to be better. Then I did Skibo and the song was a hit.

Are you dating Tonto Dikeh?

We do hang out. We relax together; we are very very close but not like girlfriend and boyfriend. We are really close. We hang out together, go to places and chill together.

Will you cut your dreadlocks anytime soon?

I will but not yet because I still need to make a lot of money. I have a small face. My dreads are deceiving a lot of people. If I cut them off I will look like a small boy and you may not recognise me. When I have decided to relax with music, then I will cut them off.

Why did you pick Independence Day for your album launch?

The timing works for me. I feel releasing the album on October 1 will be very cool. That day is a free day; I doubt if anybody will release an album on that day. Everywhere will be relaxed. Being a free day, I am sure people’s attention will be focused on the album launch