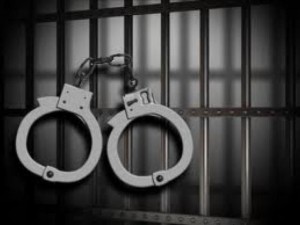 A British man who admitted planning to kidnap, torture and eat at least one child using a sound-proofed dungeon he built in his home in Massachusetts was sentenced to nearly 27 years in U.S. prison on Tuesday.

Geoffrey Portway, 40, a British citizen, was sentenced by Judge Timothy Hillman at U.S. district court in Worcester after pleading guilty in May to charges related to child pornography and plotting a kidnapping and violent crime.

“The long and serious sentence … reflects the serious nature of the crimes that he committed, and the fact that these are not victimless crimes,” U.S. Attorney Carmen Ortiz told reporters outside the courthouse. “We got there just in time, and I’m grateful for that.”

Last year, federal agents investigating crimes against children discovered the sound-proofed dungeon, a child-size homemade coffin, a steel cage, a steel-topped table, butcher kits and restraints in the basement of Portway’s Worcester residence, according to prosecutors.

They also found evidence of more than 4,500 exchanges of child pornography on his computer, they said.

Portway admitted in a plea agreement to having had online chats with numerous people about “a mutual interest in abducting, raping, murdering, and eating children,” prosecutors said. He also admitted trading child pornography.

The case was part of a larger federal investigation into a child pornography ring that began in Massachusetts in 2010 and expanded internationally. Some 60 people have been prosecuted and more than 160 children have been identified as victims and rescued, officials said.

At the sentencing hearing on Tuesday, Portway’s attorney, Richard Sweeney, said his client was “sick” and should be punished, but added that he had only “immersed himself in a world of fantasy on the Internet” and never intended to carry out any plans to harm children.

Portway, wearing a brown prison uniform, glasses and white sneakers, did not speak during the sentencing.

He was sentenced to 320 months in prison, and will be deported to the UK after he completes his term. He was also ordered to pay $3,000 each to five unnamed victims whose images were found on his computer.