One in five Americans have said they struggled to afford food in August, a percentage that marks an uptick since June and is close to the peak measured at the height of the economic crisis in 2008, a new survey says. 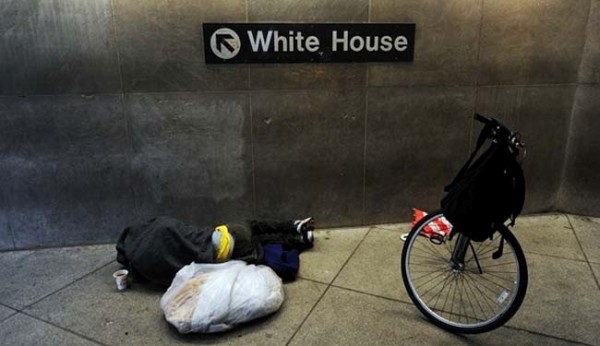 A homeless man takes a nap at the entrance to a Metro station in Washington, DC, on May 26, 2009

Gallup Institute reported Thursday that 17.7 percent of people said they struggled to afford food in June.

That number increased to 20 percent in August, close to the peak of 20.4 percent measured in November 2008.

“Americans’ ability to consistently afford food has not yet recovered to the prerecession levels seen in January through April 2008, when less than 17 percent in the US reported that they had problems affording food in the past year,” Gallup said.

Congressional Republicans want deep cuts to the program, but Democrats are resisting that call. The split upended the House’s ability to pass a farm bill — typically a bipartisan exercise that marries rural farm subsidies with nutrition programs that bring in urban support — earlier this year. 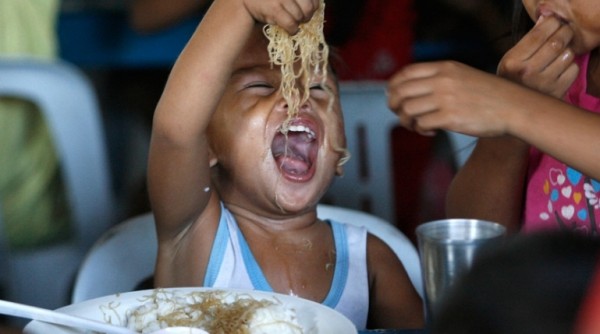 House Republican leadership divorced the nutrition programs from the bill to pass a version of the farm bill that authorizes programs for farmers.

They pledged to take up the SNAP portion later. “Regardless, food stamp benefits are set to be reduced in November after a provision of the 2009 fiscal stimulus program expires,” Gallup said.

“Therefore, it is possible that even more Americans may struggle to afford food in the immediate future.”

Depressed wages are likely negatively affecting the economic recovery by reducing consumer spending, but another serious and costly implication may be that fewer Americans are able to consistently afford food and meet other basic needs. Increasing wages alone, however, is not enough to significantly increase the percentage of Americans who have the ability to afford food.

The federal government’s annual “Food Security” report, released last week, found that 14.5 percent of American households, or 17.6 million families, “had difficulty at some time” in getting enough food to eat during 2012.

That means if they ran out of food, didn’t have money to buy enough it, they skipped meals or lost weight for lack of food.