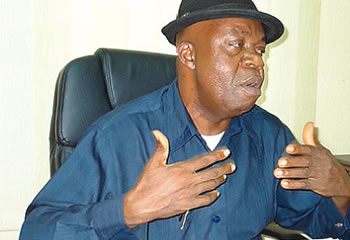 The SFU said the commissioner allegedly obtained N10.5m under false pretence about 10 years ago.

Police also added that repeated efforts to get the commissioner to honour police invitation have been unsuccessful.

His surety, one Mr. Obi Okwudili, had also been arrested by the unit for his inability to produce the suspect.

A statement by the SFU Police Public Relations Officer, DSP Ngozi Isintume-Agu said, “A petition to the Commissioner of Police, Special Fraud Unit, Mr. Tunde Ogunsakin, alleged that sometime between 1996 and 2002, Ezenwajiaku, being the Managing Director of BIO Plastic Ltd, had invited the complainant to invest in his company as a co-Director.

“This was to enable the complainant acquire 34 per cent equity at the end of the investment.”

The complainant was said to have subsequently paid N10,582,540.00 in installments after receiving reports from Ezenwajiaku, which indicated the huge potential of the company, the expected turnover and the profit.

However, a belated check with the Corporate Affairs Commission by the complainant later revealed that he had invested in a non-existent company as it was not registered with the commission.

The statement read in part, “In the course of investigation, detectives from the unit, travelled to Anambra State with an invitation letter which was duly served on the suspect.

“Ezenwajiaku was expected to report to SFU on April 16, 2013, but he did not honour the invitation.

“On August 4, 2013, detectives went to Awka with a warrant of arrest which Ezenwajiaku resisted.

“Instead, he maintained that he must see the governor of the state or the commissioner of police in the state.

“Ezenwajiaku was later taken to State Criminal Investigation Department at Anambra, where he made cautionary statement.”

He was said to have been subsequently released on bail to Okwudili who promised in writing to produce Ezenwajiaku on August 15 2013.

On the said date, Okwudili was said to have failed to produce Ezenwajiaku.

As a result, Okwudili was later arrested and would soon be charged to court for offence of “surety to show cause.”

“Anybody with useful information on how to arrest him  or his whereabouts, should contact the Commissioner of Police, Special Fraud Unit, 13, Milverton Road, Ikoyi, Lagos.”