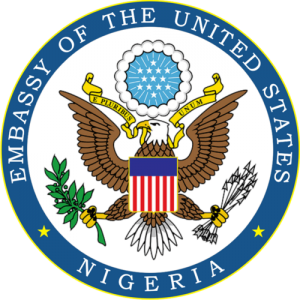 The United States has declared 14 states unsafe for its citizens in Nigeria.

According to WorldBulletin, its embassy in Nigeria advised its citizens to avoid the states ahead of the 12th anniversary of the September 11, 2001 attacks on the twin towers and the World Trade Centre.

“Because of safety and security concerns, the US mission in Nigeria is enforcing a restricted travel policy for US Embassy personnel to the states of Adamawa, Bauchi, Borno, Gombe, Jigawa, Kaduna, Kano, Katsina, Kebbi, Niger, Plateau, Sokoto, Yobe, and Zamfara,” the US Embassy in Nigeria posted on its website on Sunday.

“US citizens should be mindful of this and consider taking similar steps when planning travel,” the statement said, adding that, “the restriction is to prevent American citizens from being hurt in the event of “spontaneous demonstrations” that could occur on the 9/11 anniversary.

“Spontaneous demonstrations are also likely to occur in these and possibly other areas within Nigeria in response to heightened tensions in the Middle East, as well as the lead up to September 11,” said the statement.

“US citizens should avoid areas of demonstrations, and exercise caution if in the vicinity of any large gatherings, protests, or demonstrations,” it added.

US citizens are also instructed, according to the statement, to remain vigilant around churches, mosques, other places of worship, and locations where large crowds may gather, such as hotels, markets, malls, and other areas frequented by expatriates and foreign travellers, particularly as the anniversary of the September 11 attacks approaches.

The Embassy recommended that American citizens travelling to or residing in Nigeria enroll in the Department of State’s Smart Traveller Enrolment Programme (STEP). “STEP enrolment gives you the latest security updates, and makes it easier for the US embassy or nearest US consulate to contact you in an emergency. If you don’t have Internet access, enrol directly with the nearest US embassy or consulate,” the online statement added.