The Vigilante Group of Nigeria (VGN) asked the Federal Government to equip them with arms, stating, it will enable the group to make further contributions towards addressing the security challenges in the country, particularly at the grassroots. 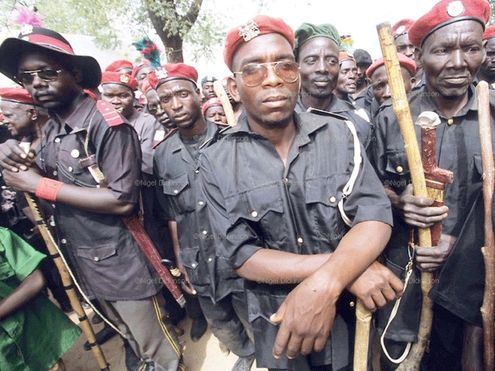 Mr. Alhaji Ali Sokoto said the group had performed creditably well in curbing crime at the grass roots level and had assisted the police in arresting criminals at that level.

The controlled general added that the group had over the years been faced with series of challenges ranging from lack of arms and other security gadgets, which in most cases make criminals to overpower them and eventually escape.

According to him, “we are still appealing to the federal government to give us national recognition and assist us with all security gadgets and arms. It is not easy to confront criminals who are armed, so we need federal government’s assistance.

“We are aware that our role is to assist the police and other security agents in ensuring the security of this country particularly at the grass roots, but it is important to note that we are everywhere, even where there are no policemen. Therefore, the much anticipated support from the federal government is apt, because we have voluntarily laid down our lives for this country”, he said.

The commander general who cautioned the officers and men of the group against misconduct and indiscipline urged the state commanders of the VGN to stop recruiting people of questionable characters into the group.

This looks as vigilantes are aiming to create another power in Nigeria: it would be recalled that last week vigilantes popularly known as “Civilian JTF” appealed to the Borno Government to facilitate the payment of monthly allowances to them to encourage their activities.