An Arik Air flight with over 100 passengers en route to London on Sunday was forced to make an emergency landing in Palmas, Spain, as a woman went into labour and gave birth while the aircraft was airborne. 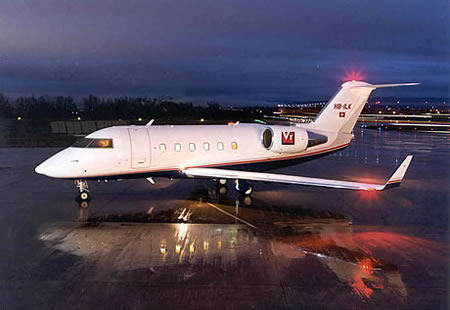 The pilot was said to have requested the emergency landing on the advice of two doctors who were on board the aircraft and had helped the mother deliver the baby.

When the passenger went into labour, the cabin crew asked that doctors on board the flight to identify themselves. Following the announcement, two of the passengers came forward, saying they were doctors and assisted in the delivery of the baby.

Normally, a source disclosed that in the few instances where women have given birth on board, the aircraft would continue its flight to its final destination.

However, the Arik flight was forced to make an emergency landing following the advice of the doctors that the woman was bleeding excessively – she was said to have experienced excessive hemorrhaging, necessitating the emergency landing.

At the time of this report, both mother and child were said to have been stable but were left behind in Palmas for monitoring by medical personnel, while the flight continued on its journey to London.

The airline was trying to ascertain if the woman had presented a false medical report from her doctor on the true duration of her pregnancy or she had gone into premature labour while on board the flight.

Women with full term pregnancies are not allowed to travel by air, according to International Civil Aviation Organisation (ICAO) regulations. As such, intending pregnant passengers are required to present medical reports certifying that they are less than 32 weeks pregnant before they are allowed to fly.

A source said the airline was carrying out a full-scale investigation to ascertain the genuineness of the medical report presented by the woman.

Arik Air’s management said yesterday that if it is discovered that the woman was given a false report to enable her fly, it would file a special complaint against the doctor who had issued the medical report to the Nigeria Medical Association (NMA) for endangering her life and that of the baby, as well that of other passengers on board the flight.