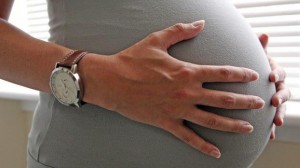 Women could improve the quality of their offspring by mating with multiple partners, researchers have said.

Experts from four universities examined the behaviour of an ancestor of the domestic chicken and found that mating with different males helped females produce offspring that are more resistant to disease.

The findings could be applied to other animals – including humans.

Professor David S Richardson, from the University of East Anglia, said: “Our research has shown that the females don’t need to choose between males to produce the most healthy offspring.

“Rather by mating with multiple males, they allow their internal choice mechanism to favour the most genetically different sperm.

“This could be the case in other animals – including humans, however the practicality of testing this in mammals would be very difficult, and obviously impossible in humans for ethical reasons.”

Researchers studied red junglefowl using both natural matings and artificial insemination in a project with the University of Oxford, Stockholm University and Linkoping University.

They claim the effect is down to “cryptic female choice” – where an internal mechanism in the reproductive tract favours the sperm from males that are most genetically different to them.

By increasing the diversity of particular genes, which help detect and fight infections, female birds can provide their offspring with better disease resistance.

Researchers also claim that signals given off by the male – such as odour – could help the female subconsciously choose the best father.