An Ilorin Area Court on Thursday dissolved the six-year-old marriage between one Aminat Toheeb and her husband, Ismaila, over childlessness in the union. 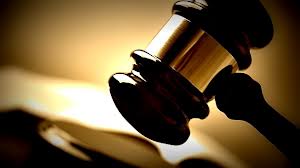 Aminat, aged 30, had earlier begged the court to dissolve her marriage to Ismaila since the union had not given birth to a child.

The woman complained that her husband showed no concern over their predicament and was engaging in extramarital affair, still he was blaming her for their problem.

“My husband was not encouraging me as expected of him, instead he sees fault in me everyday,” the woman said.

According to her words, their marriage was contracted in 2007 and was yet to produce a child.

“My Lord, I want an end to this marriage because I cannot continue to endure in an unproductive marriage,” Aminat added.

Ismaila, the defendant, didn’t object saying his wife is free to go and try other men.

Judge Mr Ibrahim Abdulquadri, dissolved the marriage and issued a certificate of divorce to the plaintiff.