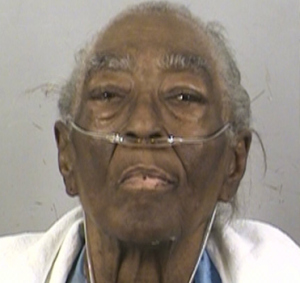 At 80 years of age, most people are sitting back and allowing the remainder of their life to play out. They’re enjoying their family, they’re reading, they’re participating in community functions, etc. The last act anyone expects from an 80-year-old is one of violence.

Eighty-year-old Annie Oliver of Kansas City, MO fatally stabbed and hit her 75-year-old husband Ronald Oliver with a baseball bat on Wednesday. Police say they found Mr. Oliver lying on the floor of the bedroom in a large amount of blood. Mrs. Oliver confessed to detectives that she hit her husband with a bat, according to court documents. When asked why she killed her husband, Mrs. Oliver claimed she ‘lost it’ when her husband smacked her hand and began “talking smart” to her.

The news shocked members of the neighborhood in which the couple lived for more than 40 years. “It really doesn’t make sense,” said Claude Pegue, a neighbor of the Olivers for 12 years. “Something was wrong that somebody didn’t know about.” Neighbors said the Oliver’s home was one of the best kept homes in the neighborhood, and everyone revered the couple as helpful and friendly. No one suspected the couple was having problems. As suspected, the news stunned a local pastor. “We’ve known them literally since 1973,” pastor of the Community Praise Worship and World Outreach Clifford Bell said. “We’ve known them that long. It’s really devastating to hear of this happening, because they are like family. they are part of this neighborhood.”

In court documents, detectives observed that Annie Oliver had a small cut that was swollen between her thumb and index finger. Neighbors told a local news station that Annie Oliver had been sickly in recent years. She was rarely seen without her oxygen supply. Mrs. Oliver is facing first degree murder for her crime. She is currently being held in a local jail on $250,000 cash bond.