Gareth Bale, Real Madrid’s world-record signing, will miss the Champions League match against FC Copenhagen after he suffered from a thigh injury. 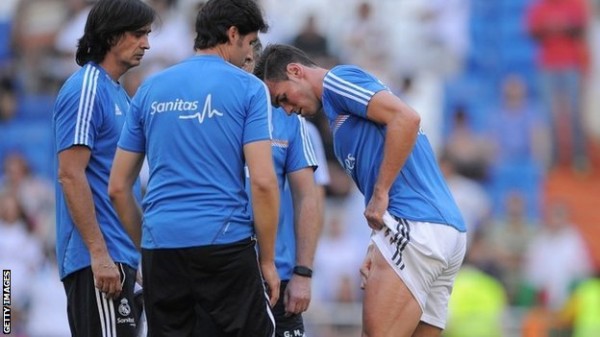 The Welshman, who signed from Tottenham for whopping £85m, suffered the setback in Saturday’s 1-0 loss to Atletico Madrid.

He will undergo tests on today to assess the gravity of the injury.

Bale, 24, is yet to complete a full 90 minutes for the Spanish giants, and had to be substituted from the Real Madrid team minutes before the league game against Getafe on 22 September after straining his left thigh.

In other development, Real goalkeeper Iker Casillas will make his first appearance at the Bernabeu, nearly nine months after injury and Diego Lopez’s form kept him out.