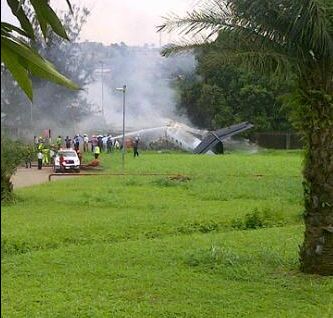 Contrary to reports that the first son of the late former Governor of Ondo State, Dr. Olusegun Agagu, Feyi, was among the dead in Thursday morning’s ill-fated plane crash involving Associated Airlines, he survived and is currently receiving medical attention at the Lagos State University Teaching Hospital (LASUTH).

Feyi reportedly sustained non-life threatening injuries in the crash that left no fewer than 17 passengers on board dead.

It was also learnt that a member of former President Olusegun Obasanjo’s family whose name could not be ascertained as at the time of filing this report, was purportedly killed in the crash.