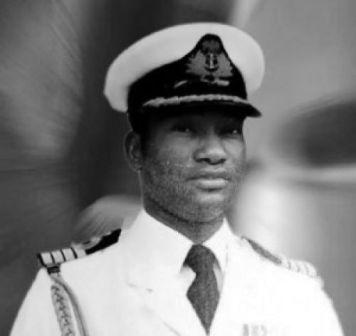 Governor Babatunde Fashola of Lagos State has ordered all flags in the nation’s economic capital to be flown at half mast for seven days as a sign of respect to former military governor of the state, Admiral Mike Okhai Akhigbe (rtd), who died Monday in New York, USA.

The governor gave the directive yesterday shortly after commiserating with Akhigbe’s family, describing the former Chief of General Staff’s death as shocking and very unfortunate.

The Lagos State Government was quoted in a statement issued yesterday by the Lagos Head of Service, Mrs. Josephine Oluseyi Williams as describing late Mike Okhai Akhigbe as a military administrator, who served Lagos State and the people with merit and distinction and toiled with others in government to lay a solid foundation which successive administrations built upon for a greater Lagos and Nigeria.

The statement added that despite the fact that late Akhigbe does not hail from Lagos State, he followed its progress with keen interest even after the expiration of his tenure as the administrator.

Governor Fashola said that the late Akhigbe never ceased to avail government of the benefits of his experience and wise counsel.

He emphasized that the entire people and government of Lagos State share and identify with the Akhigbe’s family at this period of grief and prayed Almighty God to grant members of the family the fortitude to bear the irreparable loss.