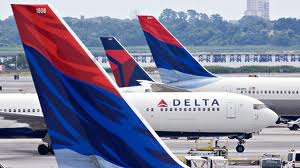 A 9-year-old boy slipped through security at the Minneapolis/St. Paul International Airport and flew on a Delta Air Lines plane to Las Vegas without a boarding pass, authorities said on Sunday.

It was not immediately clear why the child sneaked onto a Delta Air Lines flight on Thursday, raising questions about airport and airline security.

“The story has a good ending because at least the flight crew took the appropriate actions and the child was returned safely,” said Pat Hogan, a Minneapolis airport spokesman. “Obviously the concern is how the child was able to go through the security screening process and board an airplane in the first place.”

The boy was screened at one of the airport’s checkpoints shortly after 10:30 a.m. CDT on Thursday and got on the Delta Air Lines flight to Las Vegas 11:15 a.m. CDT.

Crew members became suspicious of him during the flight and contacted the Las Vegas Metropolitan Police Department, Hogan said. Officers took him into custody when the plane landed.

Neither the Transportation Security Administration nor Delta would comment beyond saying that the matter was under investigation. Delta spokeswoman Leslie Scott would not say why the crew became uneasy about the boy.

Security video shows the boy was at the airport on Wednesday as well, Hogan said.

The child, who is from Minneapolis, arrived on the light rail train that runs from the city’s downtown, took a bag from a luggage carousel, and brought it to a restaurant in the area before the security checkpoints.

“He ordered lunch and ate it and then he told the wait staff that he had to use the restroom,” Hogan said. “So he left the bag there, left the restaurant and never came back to pay.”

The bag was returned to its owner.

Hogan said that he believed the child was home in Minneapolis with his family.

“It’s really unclear why he was going to Las Vegas,” he said.