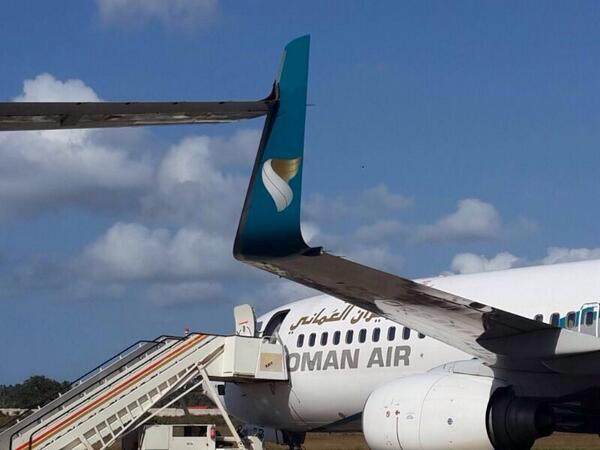 An accident occured on Friday, October 25, at the Murtala Muhammed International Airport in Lagos, when a Turkish Airlines’ plane collided with that of a Max Air.

The Turkish aircraft, with pilgrims from Saudi Arabia aboard, made a safe landing, and was taxiing to a halt, when its wing collided with the wing of the Max Air plane.

No casualties were reported.

The collision resulted in some damages to the both aircrafts, and they have been taken away for repair jobs, according to the Spokesman, Nigerian Civil Aviation Authority, Mr. Fan Ndubuoke.