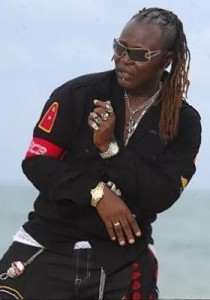 Area-Fada of Abuja entertainment, Charly Boy has dropped another one of his insightful open letters.
Scroll down to read, enjoy: –
The other day I was at the departure hall at Nnamdi Azikewe airport waiting for my flight. I was tucked away at a corner, from people’s preying eyes, at least so I thought. My flight was delayed so I had about 2hrs to kill. As I reached into my backpack to get my iPad and keep myself busy till boarding time, a man with two teen girls approached me; they were all beaming with the most enchanting smiles I have ever seen.  “Charly these are my daughters, they’ve been worrying me that they want to take pictures with you” I obliged, as their father took position to capture a golden moment for his two teen daughters.
Before anyone could say Charly, the boy in me jumped out. There I was clowning around, making funny faces, as the girls caught the monkeying around bug. And to everyone’s entertainment and amusement, we turned the whole departure hall into a photo studio and a runway, hummm! Oh boy come and see. All of a sudden most of the waiting passengers, teens, youths, mums and dads started to lineup for their own Kodak moments. Na who find trouble now?

It is always at times like this that I feel special and loved, and all I want to do is give back that love to all the people showing me warmth.  Not too far from where I was displaying and forming model tins, from the corner of my eye, I caught a young man probably in his late 30s giving me some very dirty look. I don’t think it was his frustration that got his face twisted with those hating eyes that kept piercing my smooth baby skin. Kai!!! If looks could kill, I would have been dead ten times over, no be small tin. You don’t need to be psychic to know that the man is not a CharlyBoy lover, but a hater. Yesoooooooo! I may not be James Bond 007, but I assassinated that hater with my smile.

A hater is someone that just can’t stand you, usually your success. They hate you for who you are. They are merchants of gossip and all malicious stories about you. They even like to recruit members into their haters club; on the Internet they hold sway. Haters hate you for your accomplishments, youthfulness, attractiveness, popularity, but guess what? Most of the time they don’t even know why they hate on you. Some haters come from the lowest social ladder, they are as green and as ignorant as they come, I swear. These “winche” people are everywhere. For haters, hate is the only way they can cope and go on with their lives. They usually suffer some insecurity or inadequacies.
If you are on top your game, you must have haters, no escaping. I rather have real haters than fake fans. It is important to be mature in dealing with these prematures’. Being able to sift through people’s envy and bad intention towards you for the valuable truth in their criticism is often a key to being great and surviving people’s bad belle and nonsensical jargon. As my head kept playing back some very famous haters in my life and how they chopped all the bull shit and the shenanigans I dished out. A beautiful middle aged woman came to sit by my side. I have been watching you, she said. “How do you manage with people swooping all over you like that” referring to the short drama that just took place.  “I read your articles on Linda’s blog all the time, most of all I admire your courage in being your authentic self, how did you build such a thick skin.”
If I walk tall, how is that my fault? I live my life the way I please, how is that supposed to affect anybody’s peace. Shame if they think I care, shame if they think I would flair. I no send dem atall atall. Free Me!!!
Haters are usually people with little social consequence to you.  See dem, yahoo boys with no laptop. They are validation that you are a big deal. The more successful you are, the stronger, the more opinionated, I tell you, and the less you will be generally liked. But Hey! Cut yourself a slack and ignore haters.
Instead, focus on turning people who like your dream to people who love your dream. I have noticed that the average or the ordinary don’t get bothered by haters, only outstanding people, “weird” people, crazy people, unusual people, in short, people who don’t stand up never get stoned at.
Haters hate either because they don’t understand or they can’t imitate. Little do they know that their hating is their sincerest form of flattery. Haters only hate things they can’t get or people they can’t be. For mesha! I don’t have time for haters, I have ignored
Haters, all my life I just keep doing what I do best, treating others with love and respect always. So! Don’t waste your time with this silly hating game! Because dem no  see you dem no send you.
AdvertisementClick Here To Join The 10,000 Naira Giveaway For 100 People!