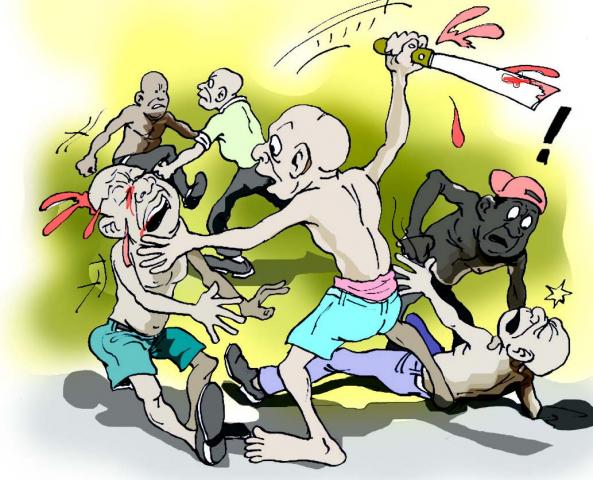 The Nigerian Army on Wednesday confirmed the loss of several lives and property in a communal clash in Ukhuorumi, Oredo Local Government Area of Edo.

Capt. Roslyn Managbe, the Public Relations Officer, 4 Brigade, Nigerian Army, confirmed the incident to the News Agency of Nigeria (NAN) on in Benin.

“We have yet to make any arrest; we arrived at the location after the damage had been done. We are on ground to forestall any further crisis and to bring peace back to the community”, she said

Witnesses, who spoke to NAN on the condition of anonymity, said that the clash was between members of Ukhuorumi Community Development Association (CDA) loyal to two rival leaders of the association.

“As we speak, the community is deserted by the people for fear of possible reprisal attacks, as many cars and buildings were burnt by the combatants yesterday”, one of the witnesses told NAN.

They said that trouble started when some CDA members, who were loyal to the association’s vice chairman, allegedly tried to wrest power from the incumbent chairman.

“The reaction that followed was spontaneous, as gunshots rent the air.

“Several cars and houses, belonging to members of the two opposing factions, were torched in the ensuing fight and not less than 10 persons reportedly died in the fracas”, another witness said. (NAN)