Arsenal’s Germany international midfielder Mesut Ozil has admitted he is loving life in the Premier League. 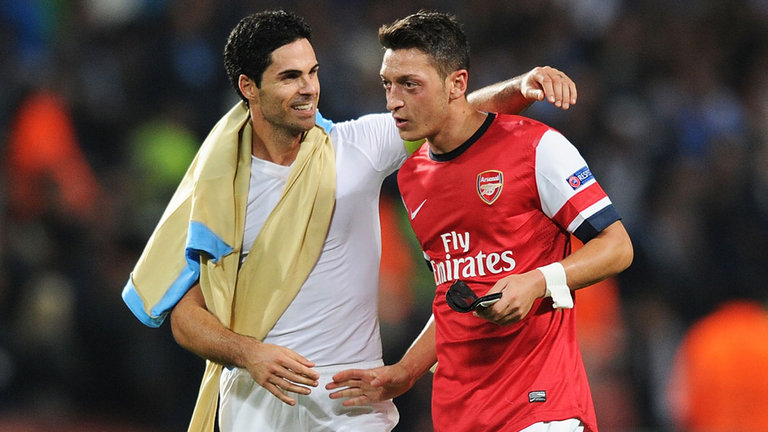 The former Real Madrid man, who joined the Gunners in a £43million summer move, is currently on international duty as he and his team-mates prepare for Friday night’s World Cup qualifier against the Republic of Ireland.

But much of the focus from the German media was on Ozil’s new life in London.

He said: “Driving on the left-hand side. I thought it would be much more difficult than it really is. But Per Mertesacker gave me some ‘driving lessons’ and they helped me, so I can drive there.

“London is an interesting city to live in. I have grown to love the place in a short space of time.

“The guys in the Arsenal team and the coaching staff are fully behind me. They have given me great responsibility and that’s what I feel great about.”

Ozil’s Gunners initiation included the traditional song in front of his team-mates, although it was an experience he admitted he did not enjoy.

He said: “The singing bit, I didn’t really want to do that because my voice just isn’t up to it. I’m not an X-Factor contender by any stretch of the imagination.”

Asked what he had sung, he replied: “The song was a Turkish song, to be honest. Of course, people didn’t understand what I was singing.”