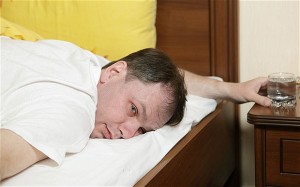 For years people have argued over what they believe is the essential remedy after a heavy night – from a strong coffee to a hair of the dog.

But now it has been revealed that revellers who go for the healthy option and console themselves with a herbal tea could actually be making their hangover worse, whilst a can of fizzy pop – in particular Sprite – could speed up recovery.

Edzard Ernst, Professor of complementary medicine at the University of Exeter, told Chemistry World: “These results are a reminder that herbal and other supplements can have pharmacological activities that can both harm and benefit our health.”

A team of Chinese scientists found in tests on 57 drinks that Sprite performed the best in relieving the alcohol-related symptoms.

Some symptoms, such as nausea and a headache, are thought to be caused by the process of the body breaking down the alcohol.