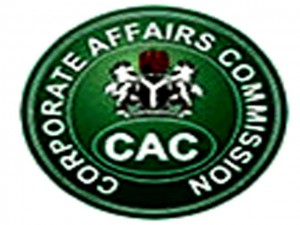 Workers of the Corporate Affairs Commission (CAC) Sunday suspended their strike over non-payment of an agreed 35 per cent salary increase by the commission.

This is coming as indications also emerged that the ongoing strike by the National Association of Resident Doctors (NARD) may be suspended today.

The News Agency of Nigeria (NAN) reports that the suspension followed agreements reached by the CAC management and the workers under the aegis of Amalgamated Union of Public Corporations, Civil Service Technical and Recreational Service Employees (AUPCTRE).

Other signatories to the agreement were the Permanent Secretary, Federal Ministry of Industry, Trade and Investment, Mr. Dauda Kigbo and the General Secretary of AUPCTRE, Mr. P. Agbonkonkon.

According to the agreement, non-executive staff of the commission shall be paid enhanced bonus of 108.32 per cent from the agreed period.

It further stated that 50 per cent palliative would be paid on or before October 11, while the portion of the enhanced bonus shall be paid monthly.

It added that a technical committee on the disparity in salary structure between the executive and non-executive staff of the commission would be set up to work out the modalities for bridging the gap.

“At the conclusion of the work the technical committee shall present its recommendations for implementation to the relevant authorities within the shortest possible time.

Meanwhile, there are indications that the ongoing strike by the National Association of Resident Doctors (NARD) may be suspended today at a meeting of its National Executive Council (NEC).

This was part of the resolutions reached at the end of negotiations between the striking doctors and representatives of the federal government at the Ministry of Labour and Productivity in Abuja.

A committee headed by the Minister of Health, Prof Onyebuchi Chukwu, was set up to address the issues raised by the striking doctors alongside the proper implementation of Integrated Payroll and Personnel Information System (IPPIS).

At the meeting, which lasted about 14 hours, it was agreed that Chief Medical Directors (CMDs) of government hospitals should provide a list of resident doctors in their hospitals as well as the arrears owed to each of them within the next four weeks.

These details were contained in a statement issued by the Head, Press and Public Relations in the Labour Ministry, Mr. Samuel Olowookeere, yesterday.

“In view of the above dialogue in good faith, a meeting of NARD NEC would be convened today to consider the suspension of the ongoing withdrawal of service by its members,” it added.