A priest has been reportedly arrested and is now facing charges for rape. 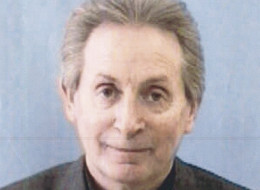 He was arrested under the charges of rape, involuntary deviate sexual intercourse, and aggravated indecent assault in connection with incidents between 1998 and 2001. The victim was 11 to 14 years old.

The allegations include oral sex and digital penetration, or finger penetration.

According to allegations from a male victim, he said the priest routinely touched altar boys inappropriately in exchange for candy or prizes.