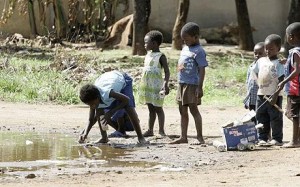 The Zamfara Commissioner for Health, Alhaji Kabir Janyau, on Sunday assured residents of the state that government had curtailed the cholera outbreak in the state.

Janyau said that the State Government had provided water tankers at different locations in the state to provide safe water for residents, especially in the affected communities.

Speaking at a phone-in programme of the Nigerian Television Authority in Gusau, Janyau said the state’s Ministry of Health was partnering with stakeholders in the heath sector to curb further cholera outbreaks in the state.

He said it was unfortunate that the cholera outbreak killed more than 47 persons across the five affected Local Government Areas of the state.

According to him, the Ministry of Environment and Ministry of Information are carrying out a public health awareness programme at the grassroots to sensitise residents on the importance of personal hygiene.

The commissioner commended the efforts of the Federal Government, the World Health Organisation, Medicine Sans Frontiers and non-governmental organisations for their support.

He pleaded with the agencies to sustain their support to ensure healthy environment for residents.

The News Agency of Nigeria (NAN) recalls that there was an outbreak of cholera in Bungudu, Gusau, Maradun, Shinkafi and Zurmi Local Government Areas.