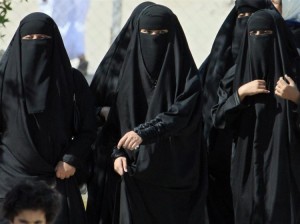 Four Saudi lawyers have made history by becoming the first women to practice law in the kingdom’s courts.

Bayan Zahran, Jihan Qurban, Sarra Al Omari and Ameera Quqani were on Sunday given the licences that allow them to change their status from legal consultants to attorneys.

The change means that the ban imposed on female law graduates to practice law in the courtroom and own and operate law firms will be lifted. It follows years of relentless requests and moves by several women to allow them to use their law degrees.

The impact of the ministry’s decision will be enormous on the local court system where women embroiled in divorce and custody cases have often complained of bias in favour of husbands. They will now see the presence of practicing women lawyers as a new opportunity for greater justice.

“When I took the plane to the justice ministry in the capital Riyadh, I had high hopes and great dreams,” Jeddah-based Ameera said. “It was a dream come true and I was handed the much-anticipated certificate and licence by ministry officials in a matter of fleeting minutes,” she said, quoted by local daily Al Watan on Monday.

Ameera added that she was a 2008 law graduate from the King Abdul Aziz University in Jeddah and that she had been working in a law firm the Red Sea city where she handled company and labour cases.

“Now with the licence, I am an attorney and not a legal consultant and this means among several things that I can take up several cases and practice in a court of law,” she said.

Her immediate plan is to continue working in the law firm that accepted her five years ago.

However, she plans to set up her own firm at a later stage, she said.

“I have received the licence to practice law as a lawyer. I pray to God that it will help me serve my religion and my nation,” she posted next to a picture of the licence, valid for five years.

The justice ministry first announced that it would provide the licence to female law graduates in October last year.

The initial plan was to confine the licence to family status cases, but the final decision did not impose any limits and women can practice in all fields of law.

Conditions to obtain the licence are the same for men and women and include a university degree in law and three years of training, justice ministry sources told the daily.