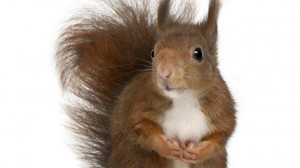 A Tennessee police officer who fired his gun and then pepper-sprayed a rogue squirrel running amok inside a general store has been dismissed from the force — for not doing the paperwork.

The Mountain City cop, Jody Putnam, was sacked for refusing to fill out the paperwork required by officers who discharge their weapons, WBIR reported, not for opening fire or blasting pepper spray inside the Dollar General Store last Thursday while customers were shopping.

“There was a lot of people that came out and just like me, they came out and they were coughing and laughin,” Carl Duffield told WJHL-TV. “It was comical, but I’m sure they didn’t feel that way – the customers that came out.”

Putnam let loose with the pepper spray after being unable to get rid of the rodent by firing his service gun, perhaps as many as three times, it was reported.