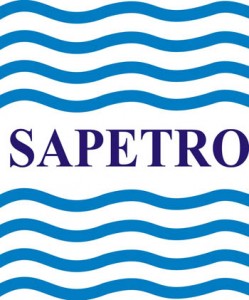 Vice President, Sapetro, According to Mrs. Daisy Danjuma, said the company has also discovered 110 million barrels of oil in the Seme offshore blocks.

She, however, stated that the company, who together with Total and CNOOC, owns the oil blocks in Nigeria, will commence production soon.

Barthelemy Kassa, Minister for Mines and Energy, Republic of Benin, said that talks had started with the aim of starting production from the block by July, next year.

Benin, a neighbouring country to Nigeria, started producing oil in the 1970s but output remained low and stopped by the end of the 1990s. It’s economy now depends on cotton.

South Atlantic Petroleum Limited had a couple of months ago, entered into an agreement with Marex MC Incorporated to purchase a 90 per cent participating interest in the Belo Profond Production Sharing Contract, PSC, which is situated in deep-water offshore Madagascar, in the Mozambique Channel.

The transaction will see Sapetro assume operatorship of the block while MarexAREX retains the remaining 10 per cent interest.

The Belo Profond block, which covers an area of 13,770 km2 is in water depths of 1800m to 3,000m and is adjacent to the Juan de Nova Permit in which SAPETRO also reached an agreement to purchase a 75 per cent interest from ROC Oil.

The block contains a significant portion of a new deep-water exploration province adjacent to ENI and Anadarko’s recent major discoveries in East Africa.

SAPETRO had stated that it intends to aggressively explore Belo Profond with new broadband seismic and geochemical acquisition programs beginning later this year.

“In Nigeria, we are interest holders in deep-water OML 130 and OPL 246, where the outstanding Akpo field has produced over 200 million barrels of condensate to date. The block’s second multi-billion dollar deep water project Egina, is expected to come on-st ream in 2017.

“Also in West Africa, we have a 100% operating interest in the Block 1 concession including the Sèmè oilfield, offshore the Republic of Benin. Sèmè field is a brownfield and has a long and proven production history stretching back 30 years. This is complemented by Block 1, in deeper water, which contains strong exploration prospects and resource potentials. Redevelopment works are current on-going with first oil expected in 2014.

“In East Africa we have majority operating interests in two contiguous deep-water blocks in the Mozambique Channel: the Juan de Nova permit area located in a French overseas territory, and Belo Profond in Madagascar.

“We are currently the second largest operated acreage holder in all offshore East and Southern Africa and are well placed to play a leading role in one of the world’s major emerging hydrocarbon provinces,” the company said.

Former Minister of Defence and Chief of Army Staff, Theophilus Danjuma is the Chairman and founder of SAPETRO