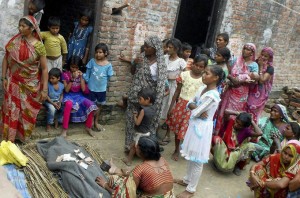 Death toll has risen to 42 in three days as 10 more people have died in hospitals after drinking toxic bootleg liquor in northern India.

District Magistrate Neena Sharma says another 40 people are being treated in hospitals in Uttar Pradesh state.

32 people were arrested by the police for illegally brewing and selling the toxic drink to the villagers, who were celebrating the Hindu “Dussehra” festival in Azamgarh district last week, Sharma said on Sunday.

The region is 300 kilometres southeast of Lucknow, the state capital.

Illicit liquor is often spiked with chemicals such as pesticides to increase potency.