Home News Feed DID YOU KNOW? Relationships That Begin In The Workplace Most Likely To...
Facebook
Twitter
WhatsApp

Those who meet after locking eyes over the water cooler are more likely to enjoy long lasting love, new research has revealed. 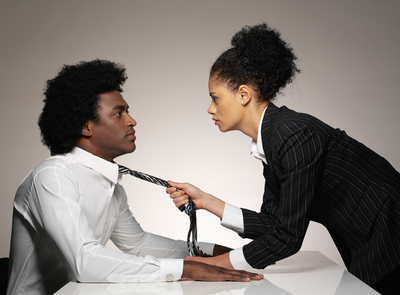 Despite discouragement from companies and colleagues, office romances are more likely end in marriage than relationships that start in any other way – even meeting through friends.

The trend emerged following a detailed study of 2,000 adults which also found the stresses and strains of work and the sheer number of hours we spend with colleagues to be key factors.

14 per cent of couples who met through work ended up married, compared to 11 per cent who were introduced by friends.

Almost one in ten of those who became an item after a holiday romance also ended up walking down the aisle.

But while relationships which started in work have a good chance of success, 23 per cent of those questioned said attempts to find love during a night out had resulted in nothing more than a one night stand. Another 22 per cent of couples who met in a nightclub didn’t get any further than the first night, along with 13 per cent of holiday romances.

Couples who are introduced at a party are also among those who struggle to be more than a casual liaison.

Researchers also found that 51 per cent of people think the place or situation where you meet someone can affect how successful the relationship is.

And almost one in five have even refused to pursue a relationship with someone because they worry the way they met means it is doomed before it starts.

One in five Britons also admitted to lying about how they met their other half, with more than half saying it’s because they were too embarrassed by the real story. 37 per cent like to make it sound more interesting than it really was while 17 per cent get bored of telling the same story over and over.

A romantic one in four of those who are currently in a relationship even say they often return to the place they met for an anniversary or special milestone in their relationship.

A spokesman for the survey, commissioned to mark the season eight DVD release of How I Met Your Mother, said:

“You might not think where you meet can affect how long a relationship lasts but it seems those who meet through work can expect more longevity than most. We spend so much time at work that it’s inevitable that you will form close friendships that may go onto become a relationship further down the line.”

“But being in a relationship where you work in the same place as your partner also means you have something in common before you even get to know each other, and being in the same career means you are both like-minded and have similar interests.”

“And while other couples may struggle to talk to their other-half about work when they get home at the end of a long day because they don’t understand or simply aren’t interested, you’re not going to have that problem if you marry a work colleague.”

Can your experience confirm the results of this research? Share your thoughts with us!