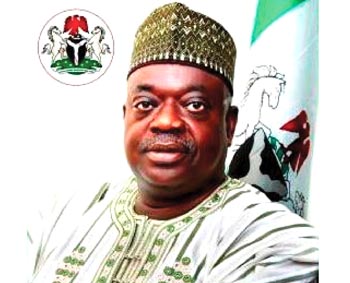 Governors of the 19 Northern states have backed the proposed National Conference by President Goodluck Jonathan, saying that the North was not afraid of going into dialogue just as Chairman of the Northern States Governors Forum (NSGF) and Governor of Niger State, Dr. Muazu Babangida Aliyu said yesterday in Kaduna that the region was going to be fully represented at the confab.

Gov. Aliyu, who made this known at the official commissioning of Kaduna-based private radio station, Liberty Radio where he was the special guest of honour, however, added that even though it would not go to the national conference to agitate for disintegration, the North could survive as an independent country.

The governor argued that if Niger Republic and Chad that were rated among the poorest countries in the world recently discovered oil, which is now serving some Northern Nigerian states, then the North would thrive on its own.

His words, “God is a just God, if oil can be discovered in Niger Republic, Chad and Cameroon, then there is no reason why there would not be oil in Niger, Sokoto, Maiduguri and Bauchi.

“If you go to Niger State, 80 per cent of our land mass is arable land. So, even if we decide to go back to agriculture alone, we will not only be able to feed our nation, but also have enough for export.

“That notwithstanding, the Sir Ahmadu Bello Memorial Foundation is organising a committee on behalf of Northern governors to look at some of the issues that may come up for discussion. I believe each state shall set up similar committees so that we can adopt some positions that may guide our delegates.”

On the grievances of the seven Peoples’ Democratic Party (PDP) governors otherwise known as G-7 Governors, Aliyu said a ceasefire was in force while an amicable settlement is being worked out.

The Niger State governor, who is one of the arrowheads of the G-7, stated that being men of honour and Northerners, who respected agreements, they had agreed to honour the outcome of the September 17, 2013 meeting with President Goodluck Jonathan at the Aso Rock Presidential Villa, Abuja.

“We all accepted that no more public discussion on the matter until all aggrieved parties are able to present their grievances on the table for discussion and solution. I am a Northerner from a royal family and we honour agreement. So, we stand by that agreement until circumstances prove otherwise,” he said.

Governor Aliyu was quick to add that an agreement to a ceasefire did not mean the group’s demands that Mr. Jonathan should not seek reelection come 2015 and that Alhaji Bamanga Tukur resigns as the PDP National Chairman, had been thrown to the wind. 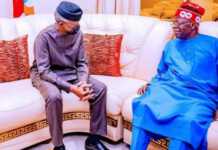 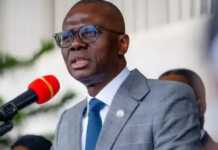