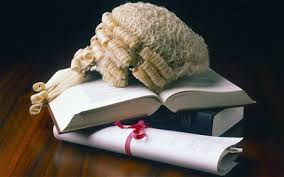 The allegation by the Peoples Democratic Party (PDP) in Rivers State accusing Governor Chibuike Rotimi Amaechi of attempting to use the office of the acting Chief Judge, Justice Peter Agumagu, to tamper with the course of justice in the state has been debunked by the judiciary.

A statement by the Chief Registrar of the High Court, Leonard Adoki, in Port Harcourt, the Rivers State capital on Friday, warned politicians against attempting to drag the judiciary into the political crisis in the state.

The Felix Obuah-led PDP in the state in a statement recently alleged that the acting Chief Judge, Justice Peter Agumagu, whose appointment by Gov. Rotimi was rejected by the party, was plotting to engage in selective re-assignment of cases to some selected judges to undo political opponents of the governor.

But Adoki stated that ordinarily, the judiciary would not have bothered dignifying the party with a response but for the fact that PDP wanted to bring the National Judicial Commission (NJC) into “a non-existent issue”.

He urged politicians, especially members of PDP in the state, to desist from mudslinging the image of judges.

“The Rivers State Judiciary ordinarily would not have reacted to such wild allegations from the PDP in the PDP in Rivers State. We do not want to be dragged into the political gimmicks, but, we have to react to safeguard the independence of the judiciary.

“For the avoidance of doubt, we want to place it on record that assignment of cases is a routine duty performed by the state Chief Judge. The acting chief judge is not a stranger to such duties having once been a Chief Registrar and President, Customary Court of Appeal, and in both capacities, has been performing that noble task of assigning cases to magistrates and judges of the state judiciary”, he stated.

The Chief Registrar noted that the acting chief judge does not take directive from anybody, including the state governor.

“As a seasoned, respected and very experienced judicial officer, the acting chief judge knows he is not answerable to any group or individual in the discharge of his duties”, he added.