Drought may hit some parts of Africa, including Nigeria, between now and 2015, the World Bank has said. 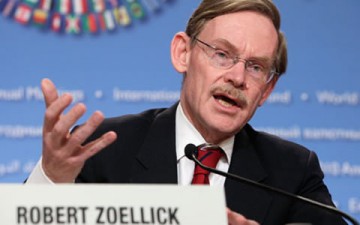 In a report entitled ‘Africa’s Pulse’, which was released in Abuja yesterday, the World Bank listed the other African countries that might experience the first wave of drought in the period as Ghana, Cameroun, Cote d’Ivoire, Ethiopia, Kenya, Senegal and Tanzania.

Advertisement
The report also painted a picture of what could happen to agriculture and food prices in the affected countries in the event of the predicted drought.
It stated, “In Africa, droughts are recurrent events, with adverse effects on local communities and the ecosystem. In a region where the majority of people depend on farming or raising animals, droughts inevitably have very negative consequences.
“The first wave would hit Cameroon, Cote d’Ivoire, Ethiopia, Ghana, Kenya, Nigeria, Senegal, Tanzania and Uganda over 2013–15, and the second wave of drought would hit all the remaining countries in the region over 2016–18.
“In line with previous studies, drought is modelled as a temporary shock to productivity in agriculture. Consistent with similar historical shocks, a level of productivity shock is chosen that would reduce agricultural output initially by around 10 per cent compared to the pre-shock.
It added, ”Subsequently, productivity recovers to its pre-shock level over the next two years. Following the drop in agricultural output, prices of agricultural produce and food increase much faster than the equivalent baseline numbers.
“For Ethiopia, Nigeria, or Zambia, the initial shock results in an increase in agricultural and food prices by an additional 15 per cent. Imports of food products increase significantly to replace domestic output. Households will bear the burden of higher food prices.”
Source: Punch Nigeria