Many had expected that the Globacom sponsored ‘Evergreen Series’ would live by its nomenclature, but it turned out that the show was a fusion of different genres of songs treated with contemporary flavour. 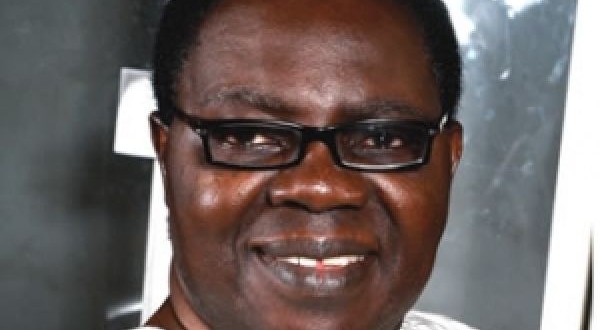 The strategy did work for the organizers as both old and young took to the dance floor. The concert paraded Juju maestro, Evangelist Ebenezer Obey who sang hit songs from his repertoire of music of yesteryear.

The setting of the show was regal, and so was the caliber of people at the show. Indeed, the performers did not disappoint the guests, who showed excitement as the artistes took turns on the stage. First to mount the stage was Obey who set the ball rolling with obeisance, singing the song Iba lo ye kase.

The Commander, as he is fondly called gave the audience the rare privilege of requesting for any of his favourite songs which he promptly rendered to their delight.

Without betraying the slightest sign of old age, Obey took total control of the stage right from the first string of the guitar cord. Moved by the classic rendition, significant members of the audience could not hold the urge to dance.

As he rendered his timeless and enduring evergreen songs, it was all too evident, how he has been able to hold Nigeria and, indeed, the world spellbound with his music over the years.

Dreadlocked artiste, Yemi Sax, garbed in a white caftan was the next to thrill the audience with his dexterity on the saxophone. He reeled out tunes of the “old school” with the backing tracks by the D.J. to the delight of the audience. MI was at his vintage that night as he dished out hits of contemporary flavor.

The concert audience, an admixture of different generations, brought together by their love for music, danced and sang along with Mr. Incredible, as the rapper is called, giving them the best of his stagecraft. Highpoint of the event was the collaboration by Chief Obey and the two younger artistes, M.I. and Yemi Sax whom Obey described as his children.

They performed together to the immense admiration of the crowd. Obey led the way with two of his evergreen tracks Ore mi e se pelepele and Olomi gbo temi with M.I. emblazoning his signature into the two songs. Yemi Sax also jazzed up the tunes with his saxophone.

Obey Fabiyi who got a standing ovation after his performance, expressed appreciation to the organisers for featuring him as the first Nigerian artiste on the ‘Glo Evergreen Series’.