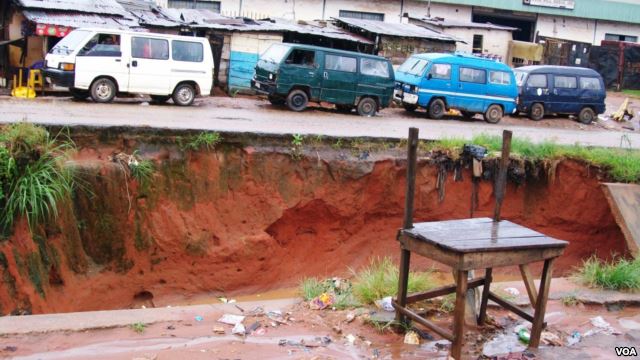 Gov. Rochas Okorocha of Imo on Friday said that erosion was the greatest problem militating against the economic development of states in the South East.

Okorocha said while inspecting the gully erosion which had threatened to cut the Umueshi-Okwelle road at Amanato in Ideato South that erosion had, in the past, claimed large acres of farmlands, economic trees and led to the collapse of many buildings.

The governor said that apart from Imo, other states in the South East like Anambra, Enugu and Abia were equally affected by the menace.

Okorocha said his administration undertook the dualisation of the Umueshi-Okwelle road to reduce the suffering of those driving through the road.

He said efforts would be made to provide good drainage system along the road to ensure its stability and free flow of water.

Okorocha said his administration was putting a lot of infrastructure in place to improve the standard of living of the people.

The governor urged the people in the area to protect government’s property in their interest and that of the next generation.

Okorocha called on the people of the state to ensure they paid their taxes and rates to enable his administration to take them to the peak of infrastructure development.

He said the state government owed it a duty to provide the people with security, roads, uninterrupted water supply, qualitative education and an enabling environment for industrialization and commercialization.