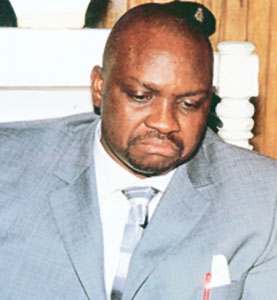 Mr. Ayo Fayose, a former Governor of Ekiti State, has urged a Federal High Court sitting in Ado Ekiti to quash the charges preferred against him by the Economic and Financial Crimes Commission (EFCC).

Fayose made the application, Wednesday, through his counsel, Mr. Owoseni Ajayi, when the matter came up for hearing before Justice Adamu Hobon.

Ajayi noted that it had become imperative to make the application because, “it is legally offensive to criminal procedure.”

He argued further that the criminal code states that a criminal charge brought against anyone must be specific in particulars, claiming that the “matter in this case is not specific and it is nebulous.”

He said he had made an application to the court to quash the charges because “it would amount to a waste of the precious time of the court since the charges are legally offensive and would leave the court at large.”

According to the EFCC’s counsel, Mr. Adebisi Adeyemi, the application brought by the applicants was “lacking in merit and a ploy to frustrate the case and waste the precious time of the court.”

He therefore asked the court to dismiss the application, saying “we have established that there is a prima facie case and we have sufficient evidence to prove our case.”

Justice Hobon fixed ruling on the applications for November 7