For Ladies – 4 Reasons You NEED a Guy Friend 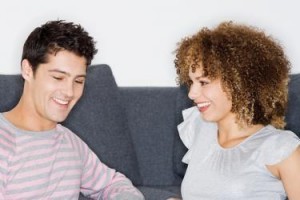 When gals are having issues with their boyfriends, fiancés, husbands, boy-toys or one night stands… who do they turn to?

Women seek out advice from their best girl friends or their best gay friends. Not a bad move, but perhaps not the best move. Why? Because your girlfriends don’t know what they’re talking about and your gay friends, in all likelihood, don’t have the same experiences as their straight counterparts

Reasons You NEED A Guy Friend

1. We know what we’re talking about. I’m always amazed at how much awful advice is served up to women by other women. I can’t tell you how many times I’ve sat down with a female friend who followed the council of one of their girlfriends regarding a relationship with a guy, only to have the whole thing blow up in her face. Let me say this in no uncertain terms: SHE DOESN’T KNOW WHAT SHE’S TALKING ABOUT. In much the same way guys need to admit that they don’t know women the way they think they do, women should do the same. Problems with your guy? Talk to another guy.

2. It’s an easy friendship. Your relationship with your guy friend will be much less dramatic than one with with your lady friends. I’m aware of the incredible bond between female best friends and the sisterhood of women. But I’m ALSO aware of the myriad pitfalls inherent in those relationships. Feelings get hurt or someone gets offended by a perceived slight, which then turns into a far bigger deal than it needed to be. With guys, even when there’s a big disagreement, it usually flares up and gets resolved quickly. Listen, there’s a reason there’s no show on Bravo called “The Real House Husbands.” Think about it.

3. You learn about men. It’s like watching an animal in its natural habitat. Many times you can simply watch and learn more about guys buy simply hanging out and being “one of the guys.” Those of you who have already experienced this know that we’re not always the most mature creatures, but you also come to understand and appreciate the straightforward simplicity of the way most guys communicate just by being a part of the gang. Understanding how guys deal with each other will absolutely help you with your other experiences with men.

4. It’s a great way to meet guys. If you’re a single woman, there’s no better way to meet men than through your guy friends. Your guy friend is going to be one tough screener. He’ll be happy to hook you up with one of his buddies if he believes the dude is decent enough for you.

Big Brother Naija season 4 ex-housemates, Diane Russet looked drop-dead gorgeous as she stepped out for an event on Sunday. The reality star was one...
Read more