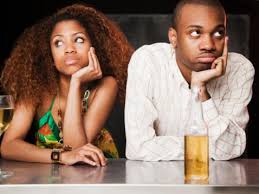 If a male in your dating orbital displays one or more of the characteristics below, run.

1. He talks about himself more than your most narcissistic friends talk about themselves.
Only men tend not to have interpersonal dramas that are sometimes entertaining to hear about. To avoid being bored to death listening to tales of his office job, eject yourself from the situation.

2. He’s incapable of making plans.
The Incapable Planner never makes or sticks to plans with you because he always has something “fabulous” (that’s really not fabulous) to do or he’s expecting something better to come up.

3. He has no interest in trying to get your friends to like him.
He’ll show up to the bar and expect you to blow him afterward, make no mistake. But he’ll play buck hunter over chatting with your girlfriends.

4. He seizes every opportunity to imply his life is like Jay-Z’s.
He’s constantly talking about this “hot club” he went to or the time he air-cheersed Jay-Z from across a room. If he EVER, I repeat EVER, brags about buying bottles at a club, say goodbye.

5. He assumes you’re sitting around waiting for a ring.
And will snidely remind you of it every time “the future” arises in conversation.

6. He keeps an up-to-date gallery of shirtless photos of himself on Facebook.
Even if he looks like Channing Tatum without a shirt on, his physique is not the front page of the New York Times — no one needs that many news flashes on his pectorals.

7. He brags about how many Twitter followers he has.
And when you mention the concept of “fake followers” he says, “Your FACE is fake.” Because he would.